A A
To change the text size, hold down the Ctrl key and click + to increase or - to decrease it
Norsk English
Links Subscribe Contact
2020/05
Published reports Current investigations
Back to reports Print

On Wednesday 8 May 2019, a locomotive derailed on points at Oslo Central Station. The locomotive was reversing a shunting unit consisting of seven wagons into track 19, when it ran over a buffer and was lifted off the rails. The buffer fell off when two passenger carriages became buffer-locked in an S-curve a few hundred metres before the derailment. The derailment caused extensive material damage, environmental emissions and several days of reduced access to tracks in the station. The Accident Investigation Board Norway (AIBN) believes that the derailment was caused by a track fault in the S-curve where two of the carriages became buffer-locked prior to the derailment. The track fault arose after track work carried out in summer 2018, and shortcomings in this work led to weaknesses that made the track unstable.

The AIBN later learned that the same carriage had become buffer-locked en route from Lodalen to Oslo S in September 2018. That incident did not cause a derailment. Bane NOR SF had neither registered nor followed up the incident.

The AIBN submits a safety recommendation to the effect that Bane NOR should ensure that it has adapted procedures in place for inspections after track work and accidents. 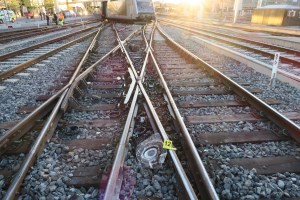 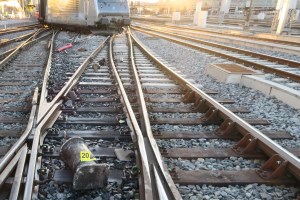 On 29 May 2020, the AIBN was informed by Bane NOR SF that gaps were installed in front of the S-curve, before the track was opened again after the last closure. See chapter 5 in the report.

On Wednesday 8 May 2019, the locomotive of shunting unit 39052 derailed at Oslo Central Station. The derailment was due to a track fault in an S-curve related to earlier work on the track. Bane NOR SF lacks relevant control procedures that over time are capable of identifying this type of track fault. Nor did Bane NOR SF’s follow-up inspection identify the track fault before the track was reopened after the derailment.

The Accident Investigation Board Norway recommends that the Norwegian Railway Authority request Bane NOR SF to ensure that it has adapted procedures in place for inspections following track work and accidents.