A A
To change the text size, hold down the Ctrl key and click + to increase or - to decrease it
Norsk English
Links Subscribe Contact
2019/02
Published reports Current investigations
Back to reports Print

On Monday 12 March 2018, two wagons of train 45962 derailed at Blaker station on the Kongsvinger line. The train was en route from the freight terminal in Drammen to Sweden, and it consisted of one locomotive and 10 empty wagons.

As the train was passing a set of points located in a left curve approaching the station, the rear axle of wagon 3 derailed to the right. The wagon with the derailed axle continued through the station until it reached the set of points at the other end. Wagons 3 and 4 then became buffer-locked, resulting in the front axle of wagon 4 also derailing.

The AIBN has been unable to identify exactly what caused the derailment, but has nevertheless chosen to highlight three possible explanations.

After the train had derailed, several passenger trains were allowed to pass over the derailment site without the tracks being checked. This could have caused a new derailment. It could also have led to important information being lost, since derailment marks on the rails were no longer visible. 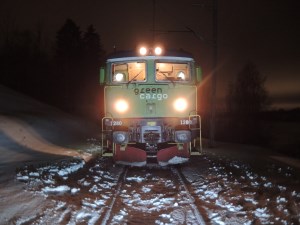 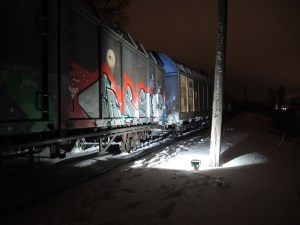